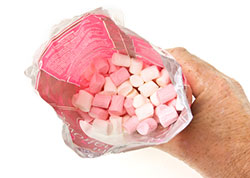 There has been a tendency over recent weeks and months for LinkedIn to try to encourage more social interaction on the site via a number of different elements that they have been building in.

The updates on our homepages are now accompanied with bigger images (sometimes even with the right sizing!), changes to LinkedIn Today have opened up additional avenues for us to share information and be seen doing it and the ability to follow the new ‘Thought Leaders’ section has also encouraged this spread. All of this has allegedly been with the goal of getting more sharing going on … though I don’t supposed it has harmed the ‘time spent on the site’ stats either! 😉

Anyway, so much for all the enhancements, but what exactly are our options when it comes to interacting and sharing things that we find on LinkedIn. And, specifically, what do the links at the bottom of an update (for example) actually allow us to do?

Firstly, the ‘like’ option on LinkedIn has absolutely nothing to do with the Facebook and the much vaunted ‘like’ function there. On LinkedIn, when you click on the ‘Like’ link that sits below the various updates, then this immediately (ie. there’s no ‘do you wish to continue?’ type of message) forwards that update out to all of your 1st level connections where it will appear in their update stream on their homepage. For those Twitter users amongst you, it essentially achieves the same as a retweet.

As an aside, if someone has already seen the original message, then they don’t get the whole message again but rather your name gets added at the bottom to indicate you have liked it. Only those who haven’t already received it see the whole message … which can help save embarrassment if multiple members of a company or team ‘like’ a key update.

Does what it says on the tin really. Clicking on the ’comment’ link allows you to comment on someone’s update – this sends a message back to them and also pushes the comment and the initial update out to your 1st level connections again.

If there is a tried and tested way to develop a conversation, then this has to be it. Leave a comment to respond to someone’s post and add something to the topic – in doing so, you reinforce your relationship with the person or take the first steps in establishing one. In addition, you share something that you clearly find of value, plus your own take on it, with not only those you know but also all the others who have received the post … a little bit of content marketing sent out in the LinkedIn world if you want to look at it like that.

This gives you most options … and is a two stage process. Clicking on the ‘share’ option allows you to either redistribute the article as an update to your 1st level connections, post it to a group (or multiple groups), or forward it in a message to your connections which then arrives at their inbox on LinkedIn.

Each of these has a number of benefits but, as ever, should be used with a level of caution.

So lots of options … but do use them appropriately and, as with everything when it comes to social media, do think about what you want to achieve with them and use them accordingly.

Strengthen your network – connect your connections!

Get Tagging on LinkedIn

My passion is helping companies and individuals to use and APPLY LinkedIn more effectively - that is to use it to develop new business, find a new role, to market yourself, your company and products ... whatever your reason for using LinkedIn is! I run internal workshops for companies looking to bring their key people or teams up to speed and run public courses around the UK.