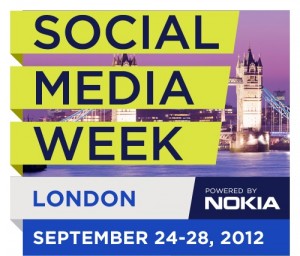 For those of you who might be thinking that time has flow and it doesn’t seem a year since the last one … well, you’re right. The annual event has now been brought in line around the world and so will be taking place here, as elsewhere, between 24th and 28th September after its February appearance earlier in the year.

As ever, there will be loads of events around London (as well as 13 other cities around the world) and, having missed out a little in previous events, I have decided to participate as well on this occasion. I have therefore decided to run a series of LinkedIn Masterclass sessions to run throughout the week.