Prioritising your Groups on LinkedIn 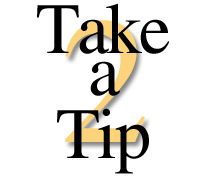 Groups are a big deal on LinkedIn – they can deliver a huge amount of value from a research, visibility and engagement perspective )according to your focus) and usually our difficultly is finding the right ones and, of course, the perennial issue of keeping on top of what is going on in them.

If, like me, you prefer not to receive lots of emails informing you of the latest discussions and postings in the Groups you belong to but instead prefer to keep a watching brief by yourself, then you will probably have turned off the daily or weekly notifications and instead head to your Groups homepage where a graphic list of all of the Groups you belong to appears.

Your list should appear in a grid formation something along the lines below, with each block representing your Groups and with a number in the top right hand corner of the block indicating if there has been any new activity in the last 24 hours. END_OF_DOCUMENT_TOKEN_TO_BE_REPLACED

Searching for Groups on LinkedIn just got easier 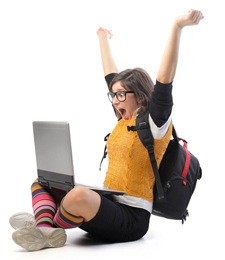 Well, it needed to happen … and finally it did. The search function for the groups section on LinkedIn has just got an overhaul to bring it a little more in line with the rest of the site and not before time, it has to be said.

Groups on LinkedIn are an absolute treasure trove of information, debate, contacts and prospects – a key element of the site that really delivers value at all levels. There are currently some 1.2 million groups, all run by LinkedIn members like you and me, and they deliver a huge variety of content and focus areas, so being able to find the right ones and tap into them is invaluable.

From a sales and marketing perspective, they also provide a veritable goldmine of information and opportunity – though one which needs to be used with great care.

However, the challenge has always been finding the most appropriate ones to participate in. Using my own rule of thumb, with 1.2m groups on offer and our ability to join END_OF_DOCUMENT_TOKEN_TO_BE_REPLACED 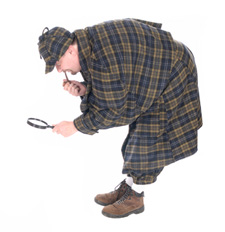 While I’d be the first to admit that this might not be the most exciting page on LinkedIn, nevertheless the Groups page – the one that lists all of the groups that you are a member of – does in fact contain a lot of good information and provides a great summary or overview of the latest activity going on in the Groups you have joined. And after all, the Groups are places which are likely to be a key element of your LinkedIn activity.

It’s true that you can never really hope to keep on top of all the discussions that go on in the groups but this summary or ‘homepage’ for the Groups will give us a great overview of where the latest activity is happening and so where we should perhaps be focusing our attention. After all, we might be able to join up to 50 groups but, with the best will in the world, you’re only going to be able to participate in 4 to 5 of them at best.

It may be particularly helpful if END_OF_DOCUMENT_TOKEN_TO_BE_REPLACED

A lot of what people do on LinkedIn is talk – they share their own information (or other people’s), publicise what they are doing, demonstrate their expertise etc. And that’s great, because LinkedIn has a number of great tools which allow you to do just that and, hopefully, you will have chosen topics that your network wants to hear about.

However, there’s the other side of networking … and of business … and that is listening. LinkedIn is also really good at that too. So, as you might imagine, there are also a number of different tools and places on LinkedIn which provide great ways for you to do just that.

Listening is really important – the much touted adage of END_OF_DOCUMENT_TOKEN_TO_BE_REPLACED

LinkedIn Groups you should join

Just to be clear up front, I’m not about to list 10 groups that you just have to join on LinkedIn. But I make no apology for that – this is going to be more useful in your search for good, relevant LinkedIn groups to join and participate in than any list I could have put together for you would have been. Trust me! 😉

The reason I say that a list of 10 groups to join would be as much use as a chocolate teapot is that the ones you decide to join and participate in on LinkedIn need to be aligned with your goals (and / or interests) and so will be specific to you … or to take it a step further … you at this particular moment in time. They have to be, I know that you simply don’t have the time to spend in ones that just might be of interest – this is a business network and we need to focus accordingly.

Sorry, lecture over I promise …

Now it’s true that you are “restricted” to joining only join 50 LinkedIn Groups at the moment, but, let’s be honest, the most you’ll be able to participate END_OF_DOCUMENT_TOKEN_TO_BE_REPLACED 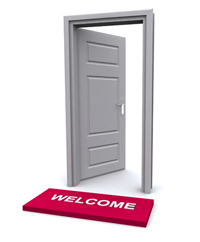 ###Update 2: as of this morning (December 21) it seems that the process of moving to an Open Group is being made available to the group owner as you will be given the option to change across to an Open Group automatically. There should be a yellow band now with a clickable area and it will explain some of the implications and a bit of housekeeping you should do ahead of it. Also in the “Group settings” area of the “Manage” menu in the group you should find a button at the top which guides you through the process! Decide carefully though – no undoing the process once you’ve elected to make it Open! 🙂 ###

### Quick update: I’ve had a number of people ask how to make their groups open – as of end November 2010, LinkedIn are still testing and rolling out and, if you are interested in enabling this feature for your group, they recommend emailing them at opengroups@linkedin.com or visit an update page at lnkd.in/opengroups. ###

In yet another departure from their current setup, LinkedIn has announced that it is introducing Open Groups onto the site – indeed, this will be the default format of all new LinkedIn Groups going forward, once it is fully rolled out.

So what’s an Open Group? Well, this isn’t, as you might think, one that anyone on LinkedIn can join – those already exist as “open access groups” – but rather one where the content will be visible to everyone on LinkedIn (group member of not) and externally to LinkedIn as well, therefore making it accessible to Google.

Currently, most of the content on LinkedIn, including in this instance that in the Groups, is essentially hidden from Google because they are locked away behind the password and login. The main exceptions to this are END_OF_DOCUMENT_TOKEN_TO_BE_REPLACED